Postdoc and Research opportunities in Brazil 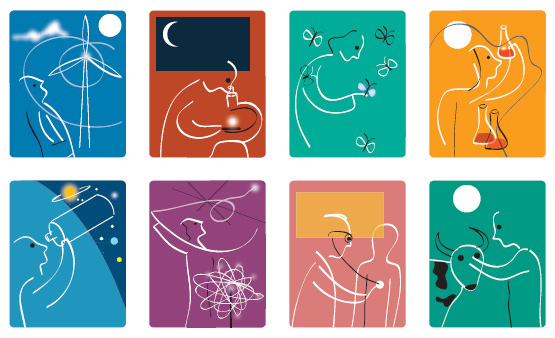 The São Paulo Research Foundation (FAPESP) will have a presence at the Naturejobs Career Expo — London 2013.

The exposition will be held on September 19th, 2013 at The Business Design Centre, London, UK.

At booths 7 and 8 (see map), FAPESP's representatives will receive researchers and students who are interested in doing research in São Paulo, Brazil.

Now in its seventh year, the Naturejobs Career Expo is the UK's largest career fair and conference for the scientific community. The Expo promotes global career opportunities in science, be it in industrial research, research organisations or academia. It presents the best opportunities from the best organisations: public, private, national and international.

Jobseekers can meet with potential employers offering hundreds of genuine vacancies. The conference plenary and workshop sessions will provide a unique opportunity to meet high profile scientists and gain careers information and advice.

Postdoc and Research opportunities in Brazil

Fifty percent of all science created in Brazil is produced in the State of São Paulo. The state hosts three of the most important Latin American universities: USP, UNICAMP and UNESP.

The São Paulo Research Foundation (FAPESP), one of the leading Brazilian agencies dedicated to the support of research, has ongoing programs and support mechanisms to bring researchers from abroad to excellence centers in São Paulo.

The Young Investigators Awards is part of FAPESP’s strategy to strengthen the State research institutions, favoring the creation of new research groups. See more about it at www.fapesp.br/en/yia.

FAPESP Post-Doctoral Scholarship is aimed at distinguished researchers with a recent doctorate degree and a successful research track record.

The fellowship enables the development of research within higher education and research institutions in São Paulo. Postdoc fellowships are available when calls for applications are issued internationally, or as individual scholarships requested on demand.

In the first case, positions are advertised at www.fapesp.br/oportunidades and candidates are selected through international competition. In the second, the proposal must represent an addition to a pre-existent research group and should be developed in association with faculty in higher education and research institutions in São Paulo. More information at www.fapesp.br/en/postdoc