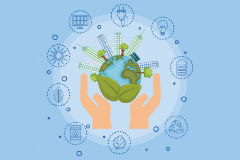 Scheme aims at fostering the continuation of collaboration between UK and São Paulo State researchers that have been coordinators of a previously Newton Fund-financed project (image: Freepik)

FAPESP will take part in the Newton Fund Impact Scheme, an international collaboration co-organised by the British Council and the Newton Fund, UK government’s institutions devoted to encourage opportunities in scientific research and technology with the potential to boost social and economic development in UK partner countries.

The objective of the Newton Fund Impact Scheme is to support proposals originated by a research project that had previously been co-funded by Newton Fund and its many partners. Under the aegis of the cooperation agreement between FAPESP and Newton Fund, eligible researchers affiliated with Higher Education and Research Institutions in São Paulo State must either have acted as PI’s within projects previously awarded by a joint call with Newton Fund or work with a UK PI who was. FAPESP will support a maximum of ten proposals.

The proposals must be written in tandem with colleagues from the partner British institution in any field of knowledge. Projects must comply with the FAPESP guidelines for its Research in Public Policy Program as well as with the guidelines specifically established for this call by the British Council.

Those interested must first consult FAPESP about their eligibility exclusively by email until August 25th, 2019, and only then start elaborating the project. The eligibility letter must be attached to the proposal upon submission. Submissions must be made until September 13th, 2019 to FAPESP and the British Council simultaneously.

The call for proposals is available (in Portuguese) at www.fapesp.br/13004.

Guidelines for São Paulo State researchers can be found at www.fapesp.br/13003.

Information about the Newton Fund Impact Scheme is available at: https://www.britishcouncil.org/education/science/current-opportunities/newton-fund-impact-scheme.