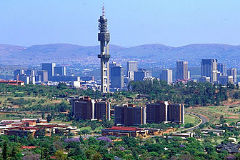 FAPESP launches a call for research proposals with the South African government's funding agency, the National Research Foundation (NRF). Up to ten collaborative projects with a maximum duration of 24 months will be selected in the areas of "Health Sciences" and "Humanities and Social Sciences".

Since the scientific cooperation agreement signed in 2015, FAPESP and NRF had already enabled collaboration between São Paulo and South African researchers in four editions of the SPRINT, a strategy designed to encourage and promote the advancement of scientific research through the engagement of researchers affiliated with research institutions in the State of São Paulo with researcher partners abroad.

The call is exclusive for FAPESP and NRF and aims to encourage researchers from São Paulo and South Africa to collaborate for the joint development of scientific projects, The emphasis is on early and mid-career researchers who want to take advantage of this cooperation opportunity in an international scenario to add learning to their academic qualifications.

The proposals will obey the conditions and norms of the FAPESP Research Regular Grant scheme and will be jointly financed by FAPESP and NRF, with each agency being responsible for supporting the research center that is based in its country. FAPESP participates in this call by investing a maximum of BRL200,000 per proposal.

The rules for submission of proposals vary for each side of the team of proposers. Researchers linked to higher education institutions and universities in the State of São Paulo must submit their projects via the SAGe system (www.fapesp.br/sage) by May 15. Its South African partners, on the other hand, have until May 15 to submit proposals to the NRF service system.