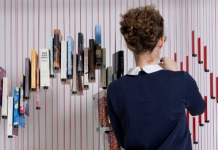 FAPESP and British Council announced on 25 September, at FAPESP Week London, the results of the Call for Proposals launched by the two organisations, regarding support for the development of workshops in any area of scientific and technological knowledge. The objective is sharing competencies and exchange among researchers in the UK and Brazil.

The announcement was made during the first day of FAPESP Week London, a symposium organised by FAPESP at the Royal Society in London, between 25 and 27 September, with the support of the British Council, as part of the celebrations for the foundation’s 50th anniversary. The gathering aims at broadening the possibilities for cooperation research among Brazilian and European scientists.

The seven awarded projects propose the organisation of workshops in São Paulo with the participation of researchers linked to universities and other research institutions in the State of São Paulo and in the UK. Each of the scientific gatherings will be coordinated by two researchers, representing the São Paulo and British organisations involved in the process, focusing on specific areas or interdisciplinary themes.

“We have launched the Researcher Links programme in 18 countries. Brazil was the one with the higher number of applications: 40 Brazilian and British institutions were able to present 58 workshop proposals in just one month,” says Eric Klug, Director Partnerships at the British Council.

According to Celso Lafer, President of FAPESP, “The increase in international collaboration for researchers and higher education institutions in the State of São Paulo generates and broadens knowledge in all the areas. In the contemporary world, science is an activity that depends more on this effort, especially when many of science’s most important phenomena do not occur only on a national level.”

 The Brazilian coordinators of the approved workshops are connected to USP – University of São Paulo, UNICAMP, State University of Campinas, CPqD – Telecommunications Centre for Research and Development and SEADE – Data Analysis State System Foundation, connected to the State of São Paulo Regional Secretariat for Planning and Development. The British coordinators have a link with the Universities of Nottingham, Warwick, Cambridge, Bristol, Newcastle, London College and Bradford.

Up to 20 researchers from each country will participate in the events. Sessions will be organised so as to stimulate and share competencies and knowledge exchange. The seven scientific meetings will happen from 10 February 2014 to 29 March 2014. The support for the events covers air tickets between the UK and Brazil, local travelling costs in each country, event management support and staff support.

The call for proposals is available at: www.fapesp.br/en/7855.