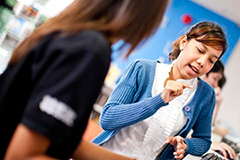 Three events that will bring together researchers from the UK, Uruguay and the State of São Paulo were selected (photo: British Council)

The São Paulo Research Foundation (FAPESP), the British Council and the Agencia Nacional de Investigación e Innovación de Uruguay (ANII) announce the result of a call for proposals to support the organization of research workshops issued in April, 2016.

The initiative was announced under the scope of Researcher Links program, supported by the Newton Fund (United Kingdom), and the cooperation agreement between FAPESP and ANII.

The call aims to provide financial support to bring together a UK / São Paulo State, Brazil / Uruguay cohort of early career researchers to take part in a workshop focusing on building links for future collaborations and enhancing career opportunities. FAPESP, the British Council and ANII will jointly fund the workshops.