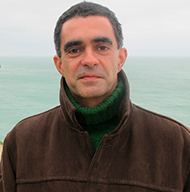 Full professor at DCP-Universidade de São Paulo (USP) and Director of the Center for Metropolitan Studies (CEM-Cepid /Fapesp), where he also coordinates the project "Governance in large metropolises in a comparative perspective".

Holds a bachelor degree in Civil/Hydraulic Engineering (UFRJ, 1987), specialization in public health (ENSP/Fiocruz, 1989), master's degree in Urban and Regional Planning (IPPUR/UFRJ, 1993), doctorate in Social Sciences (IFCH/Unicamp, 1998), Fapesp postdoctoral fellow at Cebrap (2002) and research periods at Sciences Po Paris (2013 and 2015), at University College London (2014) and at the University of Berkeley (2019).

He is a member of the editorial board of the journals IJURR and Urban Affairs Review and a member of the Strategic Council of École Urbaine of Sciences Po Paris, where he also participates as a collaborating professor.

Between 2017 and 2019, he was coordinator of the political science area at FAPESP. He is a Fapesp Principal Investigator and a CNPq Scholar - Level 1B. He was director of CEM between 2004/2009, coordinator of the National Institute of Science and Technology for Metropolis Studies (INCT/CNPq) between 2012 and 2014, president of RC-21- International Sociological Association (2014/2018) and Brazilian project coordinator ReSolution of CEM and CASA/UCL with funding from Fapesp and ESRC (2015/2018).