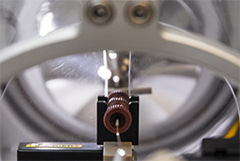 Exchange of researchers from the State of São Paulo with institutions in several countries will be funded (photo: FAPESP)