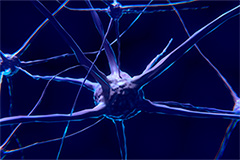 Institutions have selected a joint project among Iranian and State of São Paulo researchers in the field of brain and cognition studies (illustration: ColiN00B / Pixabay)

FAPESP and Iran’s Cognitive Science and Technology Council – CSTC announce the result of a call for proposals issued last February under the cooperation agreement signed by both institutions.

The call aimed at strengthening collaborations among Iranian and São Paulo State researchers in the field of interdisciplinary brain and cognition studies, with the aim of fostering joint research in the frontiers of science and technologies, as well as the development and exchange of cognitive services and tools between the two nations.

As a general rule, the funding is for two years with a balanced contribution from each agency.