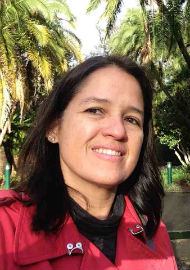 Currently she is a Professor and Head of the Department of Pharmacology at the USP. She was an associate professor at the Physiology and Pharmacology Department, from the Health Sciences Center, Federal University of Ceará (UFC). In 2017, Dr. Costa-Lotufo was nominated as member of the Academy of Science of São Paulo State. Dr. Costa-Lotufo’s activities include the supervision of undergraduate and graduate students and post-doctoral fellows. She has published more than 270 articles in peer-reviewed journals and 16 book chapters, and holds 4 patents.

Her laboratory has been investigating the anticancer potential of compounds isolated from the Brazilian biodiversity during the past 18 years using a bioassay-guided approach based on cytotoxicity studies. The isolated compounds were further submitted to preclinical evaluation of pharmacokinetics properties and in vivo anticancer efficacy. This anticancer research initiative involves a strong collaboration with several natural product chemistry groups along Brazil and abroad, involving 20 different Universities, including University of California in San Diego, University of Cape Town, CNR-Italy and University of Arizona.

Metabolomic profiles based on mass spectrometry data have been explored by her research team to understand environmental and taxonomic influences on the metabolism of marine organisms. They have been testing the hypothesis that geographical location plays a major role on chemical divergence when compared to species differentiation with different groups of organisms from bacteria to tunicates, trying to draw a comprehensive model of environmental influences in chemical diversity.