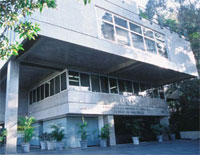 FAPESP (www.fapesp.br/en) is a public foundation, funded by taxpayers in the state of São Paulo, with the mission to support research projects in institutions of higher education and research in all fields of knowledge. São Paulo has a population of 45 million and generates 32% of Brazil’s GNP.

The state constitution establishes that 1% of all state tax revenue belongs to the Foundation and the government transfers these funds monthly. The stability of funding and autonomy of the Foundation allow for efficient management of the resources, which has had a sizeable impact: while São Paulo has 21,5% of the Brazil’s population, the state contributes with about half of the country’s scientific articles published in international journals.

The Foundation works in close contact with the scientific community: all proposals are peer reviewed with the help of area panels composed of active researchers. Besides funding research in all fields, the Foundation supports large research programs in Biodiversity, Bioenergy, Global Climate Change, and Neuroscience.

FAPESP maintains cooperation agreements with over 200 national and international research funding agencies, institutions of higher educational and research and business enterprises. The international cooperation covers a broad range of countries and agencies (www.fapesp.br/acordos/en) including the UK Research Councils, the Agence Nationale de Recherche (ANR) in France, the Deutsche Forschungsgemeinschaft (DFG) in Germany, and the NSF in the U.S.