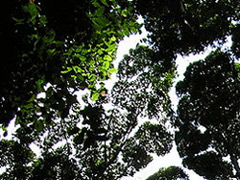 The aim of the programme is to carry out site studies in Sabah, Malaysia, and Brazil that significantly improve our understanding of the links between biodiversity and biogeochemical cycles in tropical forests. The Brazilian part of the programme will be delivered in partnership with the São Paulo Research Foundation (FAPESP).

The Brazil-based part of the programme will be jointly funded by NERC and FAPESP and has been allocated funding of up to £3.2m (£1.6m from NERC and R$5m from FAPESP).

Expressions of Interest to deliver the Brazil-based element of the programme are invited from partnerships involving researchers eligible for funding from NERC and FAPESP. This call closes at 16:00 BST (GMT+1) on Thursday 16th August 2012.

Expressions of Interest will be reviewed by an Assessment Panel and used to select the individuals / teams to be invited to a workshop on the Thursday 27th September 2012, at the Imperial College, London, followed by the submission of Full Proposals.

Further information about the call is available at: www.fapesp.br/7046 and www.nerc.ac.uk/research/international/iof/events/ao2.asp?cookieConsent=A