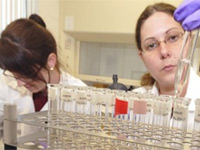 Four proposals were selected and will receive funding of up to US$ 10,000.00 per project

FAPESP and the University of Florida, in the United States, announce the result of the 2012 research call for proposals launched under the cooperation agreement signed by the institutions.

Four proposals were selected and the maximum duration of each project is 24 months. As set out in the call for proposals, two of the selected proposals have a main researcher based at the Institute of Food and Agricultural Sciences (IFAS) at the University of Florida.

FAPESP and University of Florida will each provide funding of up to US$ 10,000.00 per project, per year, for the period established in the award, necessarily and exclusively to cover mobility expenses (travel costs, living allowances, and insurance costs).

The call was open to interested researchers affiliated to the University of Florida and researchers affiliated to higher education and research institutions in the State of São Paulo who are Principal Investigators of ongoing research projects funded by FAPESP within the following schemes: Regular Research Awards, Thematic Projects, Young Investigators, or Research, Innovation and Dissemination Centres (CEPIDs/RIDCs).

The call for proposals is available at: www.fapesp.br/en/7404