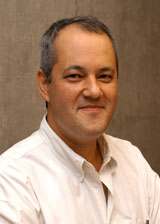 He is the coordinating Editor of the Journal of the Brazilian Chemical Society (published by SBQ) and Associate Editor of the Journal of Surfactants and Detergents (published by Springer). He is a member of the Advisory Boards of the Journal the Chemical Thermodynamics (Elsevier), Langmuir (ACS) and Chemical Sciences (RSC). He was elected as Fellow of the Royal Society of Chemistry (2013) and Chair of the Calorimetry Conference (2013-2016). He was a member of the Chemistry Committee of FAPESP from 2008 to 2016.