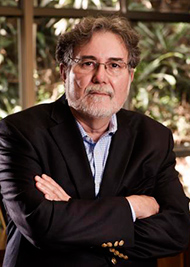 Carlos Pacheco is professor of economics at the UNICAMP.

Carlos Pacheco was Deputy Minister of Science and Technology (MCT) and President of the Board of Directors of FINEP (1999 at 2002). He was Under Secretary of the Economic Development of the State of São Paulo (2007), President of ITA - Instituto Tecnológico de Aeronáutica (2011-2015), and General Director of the Brazilian Center for Research in Energy and Materials - CNPEM (2015-2016).

He has experience in economics, focusing on regional and urban development and industrial and technological policies.