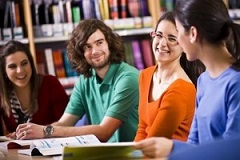 Five proposals for workshops organized by researchers from the State of São Paulo were selected (photo: British Council)

FAPESP and the British Council announce the result from call for proposals to support the organization of short courses for the development of professional communication skills under the Researcher Connect program.

The call for proposals is supported by the Newton Fund, and was also  offered in other Brazilian states by the state research foundations (FAPs) which participate in the call, under the umbrella of  the Brazilian National Council of State Funding Agencies (CONFAP).

FAPESP and the British Council selected 5 proposals to be organized in the State of São Paulo.