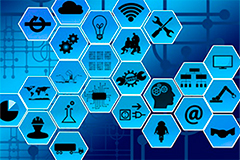 Institutions will support joint projects for industrial research and development between small businesses from Canada and the State of São Paulo (illustration: Geralt / Pixabay)

FAPESP and Canada’s National Research Council (NRC) announce the second call for proposals under the cooperation agreement between the institutions.

The goal of the call is to foster and support collaborative projects between Canadian and São Paulo State-based small businesses featuring high potential for commercialization in the global market or in Brazil.

Project finance relies on both sources – namely FAPESP, representing the State of São Paulo, and Global Affairs Canada in partnership with NRC; each party is willing to contribute with up until BRL 1 million and USD 600.000 by proposal – FAPESP and NRC resources are directed to firms located within their respective countries.

In the State of São Paulo, proposals must follow all conditions as stablished by Stage 2 of FAPESP’s Innovative Research in Small Business Program (Business Plan and Prototype fully developed).

After signing the bilateral cooperation form, partners from São Paulo and from Canada must collaboratively prepare and submit proposals to FAPESP and NRC within the deadline for submissions (December 14th).

NRC and FAPESP will evaluate the submitted proposals and communicate the results within approximately 3 months after the call for proposals deadline has passed.