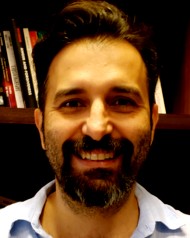 He was elected Affiliate Member of the Brazilian Academy of Sciences for the five-year period 2012- 2017. In 2018, he directed the FAPESP São Paulo School of Advanced Science in Social and Affective Neuroscience.

He coordinates several research projects in international collaboration networks. Among the most recent ones, two projects stand out. The project “Theory and Applications of Social and Affective Neuroscience for everyday human interaction” within the scope of the CAPES PrInt has an interdisciplinary team with members from universities such as Duke University, University of Colorado, Princeton, New York University, Western Connecticut State University, University of Coimbra, among others.

The other project was created in 2020 due to the challenges brought about by the SARS CoV2 pandemic and the need for behavioral changes and social norms to face it. For this, Jay Van Bavel (New York University), Mark Alfano (Macquarie University), Paulo Sérgio Boggio, Aleksandra Cichocka (University of Kent), Hallgeir Sjåstad (Norwegian School of Economics) and Valerio Capraro (Middlesex University London) created the COVID19 International Collaboration on Social & Moral Psychology.

He has published more than 160 papers in international journals such as Nature Human Behavior, The Journal of Neuroscience, Scientific Reports, Emotion, Behavioral Research Methods and Brain Stimulation. He has published 5 books and 39 book chapters.